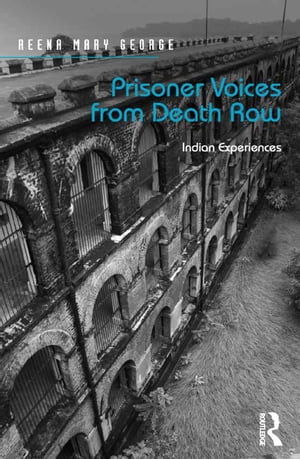 ＜p＞Death penalty has produced endless discourses not only in the context of prisons, prisoners and punishment but also in various legal aspects concerning the validity of death penalty, the right to life, and torture. Death penalty is embedded in Indian law, however very little is known about the people who are on death row barring a few media reports on them. The main objective of this book is to enquire whether the dignity of prisoners is upheld while they confront the criminal justice system and whilst surviving on death row. Additionally, it explores the lived-experiences and perceptions of prisoners on death row as they create meaning out of their world. With this rationale, 111 prisoners on death row in India and some of their family members were interviewed. The theoretical underpinnings of phenomenology and symbolic interactionism coupled with data analysis lead to an understanding of the prisoners on death row with special reference to their demographic profile and the impact of death sentence on their families. George’s research highlights three salient features, namely: poverty, social exclusion and marginalisation are antecedent to death penalty; death penalty is a constructed account by the state machinery; and prisoners on death row situate dignity higher in the juxtaposition of death and dignity.＜/p＞画面が切り替わりますので、しばらくお待ち下さい。